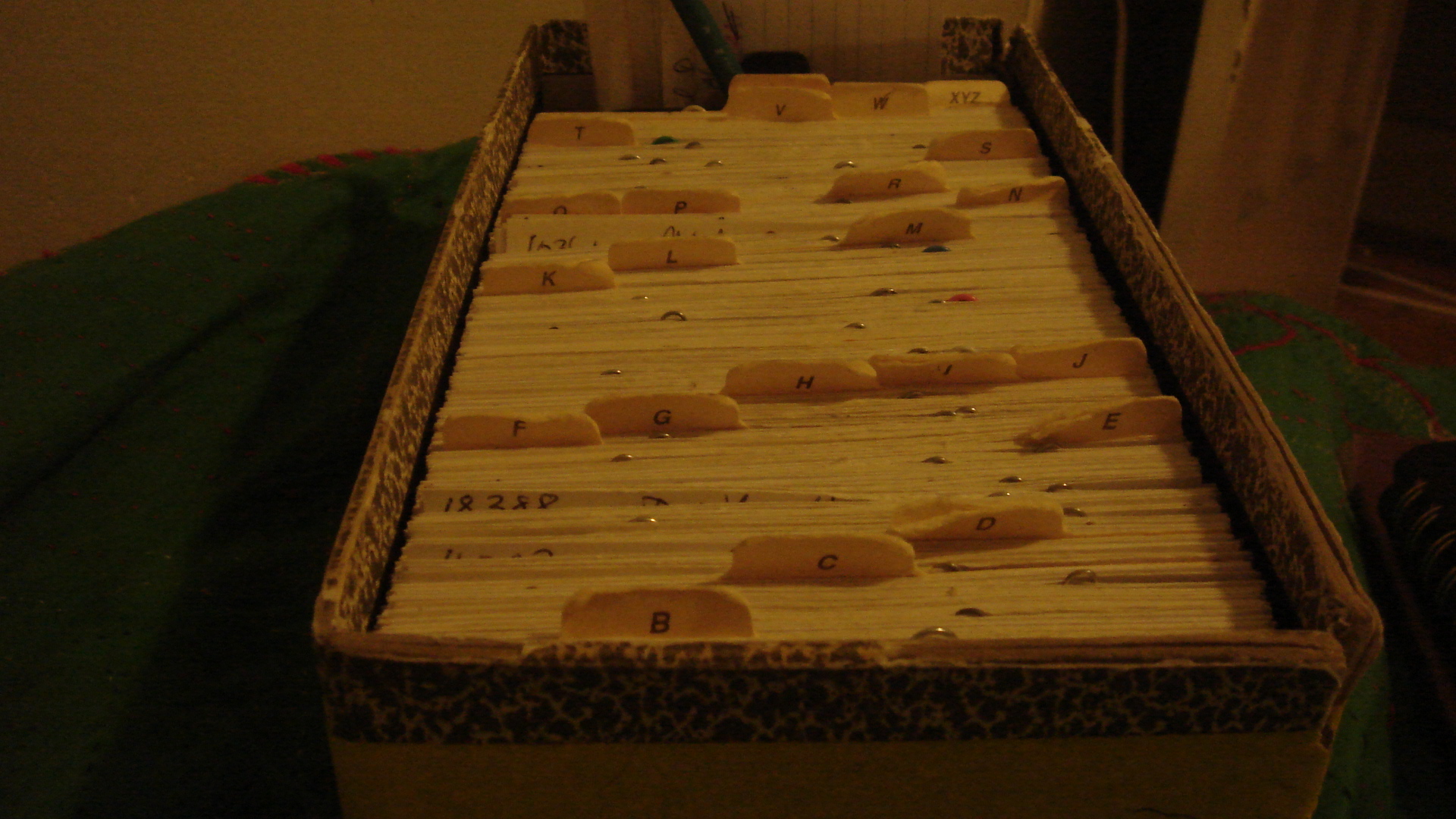 CALL OF THE DAY: the first of many goodbyes

“Forever?” he asked, with some incredulity and maybe anxiety.

– Yes. I’m just moving to a different country. Not Canada.

– There are some awesome girls here at this company, you know.

– But if you want to, you should get some more time in with me before I go.

He was the first caller I told I was leaving my company, and it was surprisingly awkward and difficult to say. Perhaps if I had spent a little more time thinking about what I was going to say, I might have been able to recite a short script with a greater semblance of ease.

I hadnâ€™t planned it, though. It just came to me, at the end of his call. Heâ€™s a â€œregularâ€ in the sense that he only ever talks to me, but not in the more common sense ofÂ callingÂ with some frequency and predictability. This callerÂ spoke to me last week, but before that he didnâ€™t call for nearly three months. So on the one hand, maybe I shouldnâ€™t care as much as I do. On the other hand, I do care and so does he.

How could we not? Weâ€™ve been doing phone sex together for a long time. Hell, one of my characters in The Pretty One is based off of him. The Reluctant Dom, thatâ€™s what I call that character, and thatâ€™s what this caller is. Was. Heâ€™s not reluctant anymore. He did battle with some pretty intense self-loathing for the first few years; after every other call, he would say something like, â€œIâ€™m sickâ€ or â€œno woman would ever want to date me if she knew this.â€ But over the last three years I have noticed the negative self-talk slipping away. Now we just have good olâ€™ fashioned rough sexâ€”you know, pullinâ€™ the pubes, belting the ass, that sort of thingâ€”and have a bit of pleasant chit-chat after.

Today during that chit-chat was when I decided to give him my date. I suppose I could have waited a month; normally my boss asks me to start giving my callers notice within two months of my leaving on UK tour. Today, for whatever reason, it felt like the right time to disclose. Owing toÂ his weird random schedule, I wanted to give him time.

Time to find another PSO, time to grieve, time to pack in more calls with meâ€¦ Iâ€™m not sure what kind of space I was trying to give him, and Iâ€™m pretty sure I wasnâ€™t making the announcement just for him, either. I need space, to do my own goddamn grieving.

Because I will miss the guys, many of them, perhaps most. For every entitled Extreme Top, thereâ€™ve been three callers who canâ€™t thank me enough. For every Strangler, whose demands push my vocal cords to their limit, there are a handful of dudes who are fine with conversing in a normal voice. Thereâ€™s Bilingual Papi, and the joyful crossdresser, and all of the enthusiastic horndogs and perverts who think I am the beeâ€™s knees because I donâ€™t even hesitate before launching into their fantasy.

More than the guys, I will miss the security blanket. Iâ€™ve been doing phone sex for seven and a half years now; this is not a number that I thought I would ever reach. I had always said that I was only doing it until I made it big in show biz, and nowâ€¦ well, circumstances are compellingÂ me to make the leap a little sooner than that.

Of course Iâ€™m scared. I will miss the comfortable, or letâ€™s say â€œthe routine.â€ I know this work. I can do it half-asleep, at this point. But the thing is, I canâ€™t go through the rest of my life half-asleep. Sorry, dear wankers. This is my wake-up call.

Join the team that is helping me when I make this leap, from part-time PSO to full-time theatrical pervert. Become a patron of mine over on Patreon!

My world has many paths

A brief overview of hustling for too-weird artists

FROM THE FUCKBUCKET: “How to help a friend in a club, from a harasser, when she acts against that help?”

That sounds both alarming...

How to talk about sex with a sex(ualized) worker: some talking points

I dealt with this...

This site uses Akismet to reduce spam. Learn how your comment data is processed.